Three-grain bread is Bread of the Year 2021 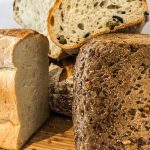 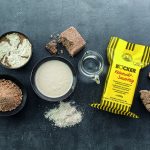 Three-grain bread is widespread throughout Germany and popular because of its grain diversity. This is why the Scientific Advisory Board of the German Bread Institute chose the Three-grain bread as "Bread of the Year 2021". But why is the Three-grain bread so special?
What would human nutrition be without bread? To reinforce the importance of bread and to honor the most traditional, popular, and high-quality bread varieties, the Scientific Advisory Board of the German Bread Institute names a "Bread of the Year" every year. This is intended to strengthen German bread culture as an important cultural asset. Three-grain bread is not only popular, but a real all-rounder. We explain why it has more than earned the title of "Bread of the Year”.
1. Three-grain bread stands for the unique cereal diversity in Germany.
Three-grain bread is baked from three types of grain. In most cases, oat flour is used in addition to wheat and rye flour - native grain species that reflect the diversity in Germany. This helps to preserve these species. Even more, oats are considered a domestic superfood because of the high amount of fiber and essential fatty acids they contain. The diversity lies also in the fact that there is not one specific recipe. It is baked differently by each bakery, with barley, corn, rice, or millet, for example. Whether ground, shredded, as flakes or whole grains - each type of grain allows for a unique result. And there are no limits to the shape either. Three-grain bread can be baked in an oblong shape, as a round loaf, or in a baking pan. The main thing is to include at least one main type of bread grain and two other types as well. This results in a variety of breads. However, everyone agrees on one thing: the taste. The three-grain bread not only looks appealing, but also tastes superbly aromatic and nutty.
2. The three-grain bread promotes biodiversity.
Many bakers add oilseeds in addition to the three grains of their choice to increase the three-grain bread's crunchy bite. At the same time, the higher proportion of valuable vegetable oils also keeps it fresh longer. Among other things, linseeds, sesame seeds, sunflower seeds or pumpkin seeds can be found in three-grain bread. Especially when roasted, they give the bread a particularly nutty flavor. The variety of ingredients not only strengthens local agriculture, but also promotes biodiversity.
3. Three-grain bread stands for regional craftsmanship.
Regional and artisan foods are in high demand. This is because customers are increasingly attaching importance to quality and craftsmanship. After all, bread is the number 1 staple food in Germany. This has even been more so during the Corona crisis. Our bread culture is still of great importance - and that is unique in the world. For many, bread from the baker is familiarity combined with tradition, illustrating decades of knowledge and skill. The three-grain bread therefore also stands for regional craftsmanship and the appreciation of quality.

BÖCKER Tipp: Why is the use of sourdough in bread beneficial?

The use of sourdough, whether as a starter or in liquid, paste or dried form, brings a number of advantages. Two of the most important aspects are the high quality and quality assurance of the breads and baked goods produced with BÖCKER sourdough. This applies on the one hand to the texture and shelf life of the products, but also to the taste and aroma of the finished baked goods. Our BÖCKER starter is suitable for all types of processes and guarantees the typical sourdough bread taste. For an aromatic three-grain bread, we recommend our BÖCKER Reinzucht-Sauerteig (pure culture sourdough) - the classic for your company sourdough.
If you would like to know more about bread or our other product solutions, please use our contact form.
Share
1